A Season of Giving

A Season of Giving

During my 27-year teaching career in Tucson, Arizona, I had always held in abeyance the hope that at some point, I would be able to continue my contribution to education in Belize. What had taken me to Tucson in 1974 was the opportunity to further my education so that I could be a part of the development of that “emerging nation in Central America,” as we were constantly reminded by the political leader of the time. In my absence, not only had the nation become independent, more opportunities to attend college or university had become available; in fact, Belize now had its own university, and teacher’s pay was not as measly as it once had been. Still, when I retired from Tucson Unified School District in 2007, I felt that there was room for me to share my expertise with my country of birth.

Initially, my intention was to help improve the literacy achievement of the children of Belize. I had participated in a review of the literacy training at the University of Belize earlier, and I felt that literacy was the area where I could have an impact. I was disappointed when that plan hit a snag, but it actually turned out better for Tom and me. We got the chance to work together when we were recruited by the Belize Association of Principals of Secondary Schools to work with the high schools.

High schools in Belize in 2007 did not have much access to professional development at either the leadership or the teacher level. So that summer our initial work with the high school principals on leadership processes to nurture a professional community opened the door to our work with many high school faculties. The leaders found that becoming a professional community, a community of educators with a common purpose focused on collaboration, learning, and results would provide them the environment needed to take teaching and learning in their schools to the next level. But they realized that they could not have that environment without becoming instructional leaders - people who could recognize good teaching and be able to nurture it. When we discussed the properties of good teaching, the principals recognized that their school faculties needed some work on planning and fostering high expectations for their students.

In 2007, Belize high schools still bore the vestiges of the country’s colonial history. I remember growing up in Belize when a secondary school education was available only to a few because of the cost. Those from outside of Belize City and the other five district towns had fewer opportunities since in addition to the cost of tuition and books, parents also had to find funds for boarding and lodging. The highest achieving children in the country vied for one of the government’s fifty scholarships annually. Because of these limited opportunities, high schools educated the highest achieving students of the country. The students left behind were essentially done with school at the age of fourteen. The next possibility would come to a few of them at eighteen when they could apply for nursing school or the police training school. By 2007, more parents wanted at least a high school education for their children, and the schools struggled with educating all these children coming with varying levels of achievement.

In 2009, I became affiliated with Research for Better Teaching. When Dr. Sandra Spooner, then RBT’s CEO and Dr. Jon Saphier, founder and President of RBT, learned about the pro bono work Tom and I were doing in Belize, they were quick to offer some of RBT’s resources for us to use. Jon was also generous in allowing us to teach some of the Studying Skillful Teacher concepts to the Belize schools. With some of the Studying Skillful Teaching packets and a few copies of The Skillful Teacher, we were able to help school faculties examine their beliefs, zeroing in on the beliefs that would best support the learning of their students. This work took on more relevance when a few years later the government declared that secondary education needed to be provided to all. Still, the schools continued to struggle to educate, as one principal deemed it, “the ones who haven’t yet learned.” Helping the schools themselves move from a fixed mindset to a growth mindset and raising the expectations for themselves as educators as well as for their students have become a goal for the schools with which we continue to work.

Another concept that has resonated with the schools is the notion of “No Secrets” teaching and supervision. Here again, the legacy from colonialism that deemed education good for just a select few had fostered a “gotcha” mentality where teachers relished the high standards they set and celebrated the very few students able to reach those standards. We continue to work on opening their minds to the possibilities of ALL their students.

I retired from RBT in 2018 and Tom and I thought we would also retire from our volunteer work. However, every time Tom and I think about retiring from our work in Belize, another school comes calling, and it is difficult to say no. When COVID took over the world, we thought that would be a natural transition for us to complete retirement. But then a newly-minted principal and the manager of the Anglican School system contacted us. We had worked with both educators previously in other settings. The manager of the Anglican Schools told us, “I want you to help me make the Anglican School system be the best in Belize.”

Shooting for the moon? Probably, but how can we resist? Then this past summer, we received a windfall from RBT: 400 copies of the 6th edition of The Skillful Teacher. Getting the books to Tucson was just the beginning of the adventure. Transporting them to Belize was the next part. Here are the 34 boxes in our garage in Belmopan, Belize waiting for delivery. So far fourteen schools have requested the books, and we are working on a way to help them make the best use of the books. Ideally, we would love to visit each school in person and work directly with their faculty, but in lieu of that we will prepare lesson plans and offer virtual support. They’re excited, and we’re excited. We plan to make the first delivery to three schools on December 16th. RBT’s generosity will be enhancing the teacherly Christmas spirit for Belize high schools. 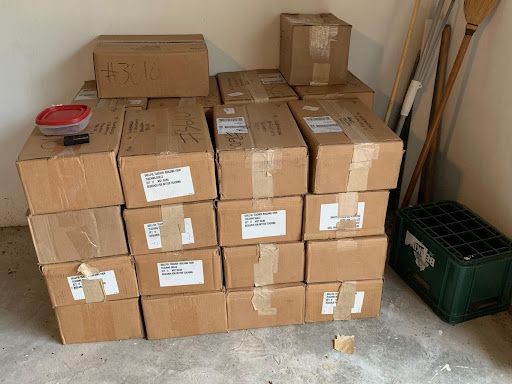 Harriet Arzu Scarborough, originally from the Garifuna village of Barranco, Belize worked for 27 years with Tucson Unified School District as an English teacher and later as a central office administrator. Following her retirement from TUSD, she became an educational consultant for Research for Better Teaching, retiring from RBT in 2018. She continues to pursue her passion for reading and writing. Her publications include the textbook, Writing Across the Curriculum in Secondary Schools: Teaching from a Diverse Perspective, numerous articles in the English Journal, and the Arizona English Bulletin, Stories of Home: A Barranco Memoir, and a poetry collection, I Sing Barranco. She is currently working on a teaching memoir, The Garifuna Teacher’s Daughter in Tucson, Arizona where she lives with her husband Tom. They visit Belize as often as possible. 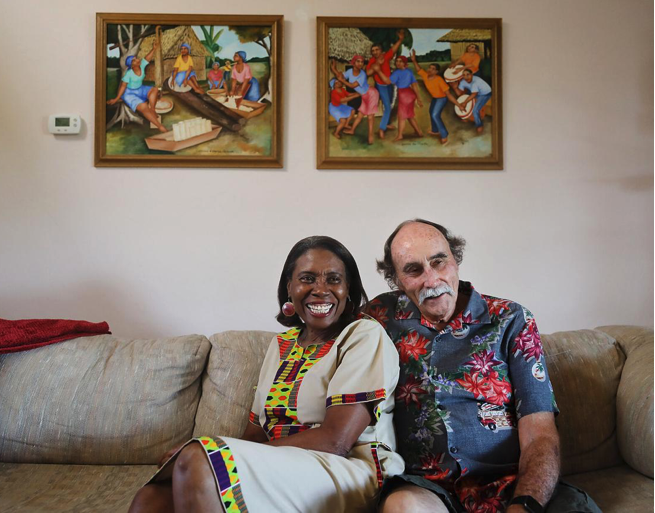 Would you like to nominate a Hero to be featured in our newsletter? Submit your nomination here.