Sometimes You Just Have To Laugh

Sometimes You Just Have To Laugh

Have you laughed yet today? Maybe with your students, your colleagues or, even better, at yourself? I certainly hope so. I hope that you’ve had a raucous belly laugh recently, one that leaves you breathless with tears running down your cheeks. One in which you forget, just for a moment, about any problems we may face.

A few weeks ago I was teaching online, as many of us are, and I had meticulously planned my lesson. Things were moving along, there was a flow, and I was feeling pretty good. That is, until the exterminator arrived, blasting a spray along the side of our house which subsequently woke up the dog, who decided to let loose barking that could not be stopped. Would not be stopped, despite my best efforts. This then woke up all the dogs on our Zoom call, who decided to respond in turn, creating a sort of dog symphony. It was chaotic, it was funny, and we couldn't help but laugh. The universe forced me to breathe, and I needed it.

Instead of offering all of you more tech tools, more websites, and more advice, I am giving you something else...a chance to laugh, and a chance to breathe. Thank you to the participants in my courses who so graciously took the time to share the following stories. Enjoy!

With you in health and humor,

“I told a class ‘...you may think this is useless, but it is INCREDIBLY useless!’ I wanted to say ‘incredibly useful’.”

“In my computer lab, a student got up to try to put down a shade. The shade was a 30+-year-old, metal, 6-foot long monster. It fell off the wall while he was pulling on the cord and slammed down on top of 4 or 5 computers in a huge cloud of dust and debris. After a few seconds, the student, still holding the cord in his hand said sheepishly…’that would be my fault’."

“We had those sliding blackboards, and I pushed the front one up (I'm 6'3") and knocked it into the big wooden speaker on the wall, which fell onto my head. The nurse was right across the hall, and as I was leaving to go to the hospital to get 7 stitches, my Physics class showed me that while I was in the nurse's office they had approximated the mass of the speaker, and the distance it fell, and computed the amount of energy transferred from the speaker to my head.”

“I had a student bring her pet rooster to math class the other day. I thought the crowing in the background was a game her younger sibling was playing, but then she left the camera shot for a minute and returned with a live rooster in her arms. Turns out the rooster lives inside her house! Now Fluffy is a frequent visitor to our fifth-grade remote classes and loves when we read stories.” 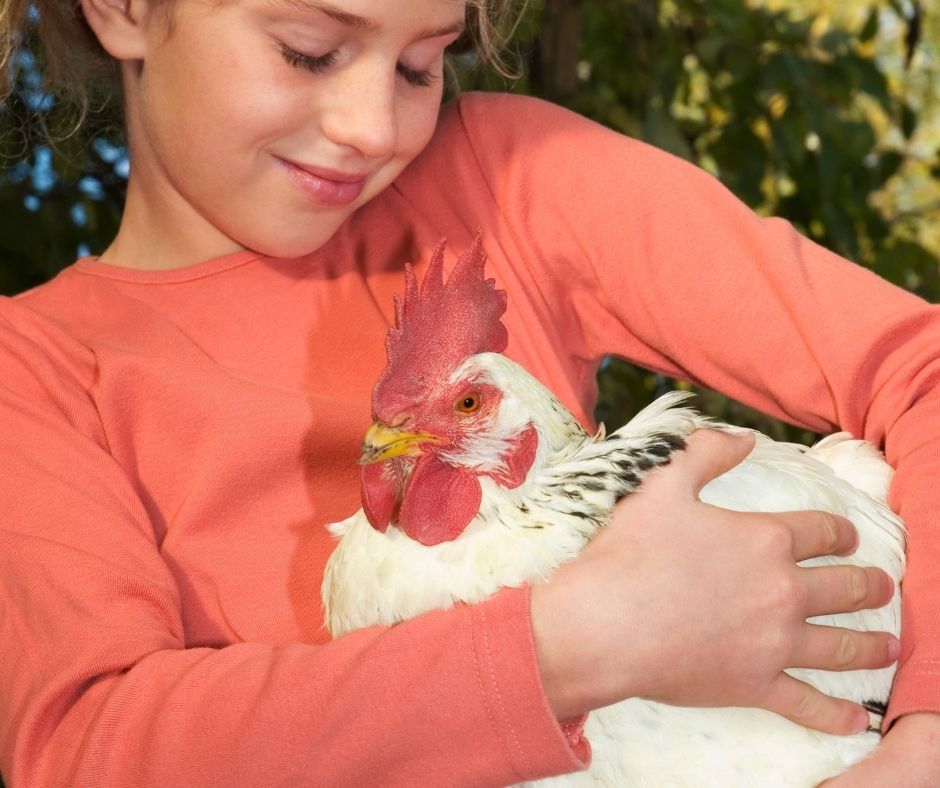 “I teach 6th and 7th grade and share a room with the only other full-time teacher in our building who does not have a classroom. My "roomie" teaches 7th and 8th grade. We teach in 3 different rooms depending upon the period and our shared room is full all day, straight through. After 2 weeks of tech chaos this fall for both of us, where each time that something went wrong it was different from the time before and therefore really hard to troubleshoot, our tech dept figured out that our laptops were "confused" and crashing by 4th period due to grabbing internet through different portals -this rippled into the smartboard overheating and shutting down by last period. You can imagine trying to teach math without being able to write on a board and last period to boot. Anyways, I have a class of 30 6th graders with 12 or 13 in class and the remainder at home (in seemingly constant motion at their desks, kitchen tables, etc.) on any given day. On the first day the zoom dropped me out when I logged back in after maybe 2 minutes, the chat was lit up with a string of questions: "where did she go?" what do we do? is she coming back?" but the last comment was the funniest - in all caps "GUYS, I'M THE HOST NOW!!" I asked the student what he had planned and got just a huge smile back. Thank goodness the gap was short and my dutiful sixth graders were waiting!”

“Let this be a lesson that when on camera anything is possible. I have a student that was at home doing remote learning and brought her device into the bathroom and didn't shut the camera off. Let's just say, I'm glad I teach 5th grade because most often things go over their heads.”

“I was in an algebra class and as I'm looking out at my students while I wait for an answer to a question, one girl looks absolutely on the verge of crying. I asked her what was wrong and she burst out in tears, saying that the police were calling on her cell phone. She said she had "butt-dialed" the emergency 911 page on her phone while trying to put it in her backpack and they had been trying to call her back. I told her to answer the call but she refused because she was scared she would be in trouble. So I answered the call, which did not amuse the 911 operator! I tried to explain the situation, but she (understandably) didn't trust that I was speaking for the girl. They were able to trace the call back to the high school to verify that she was in the building, and sent the resource officer to my room to do a check. Luckily I'm close with this student and still tease her a little every once in a while!” 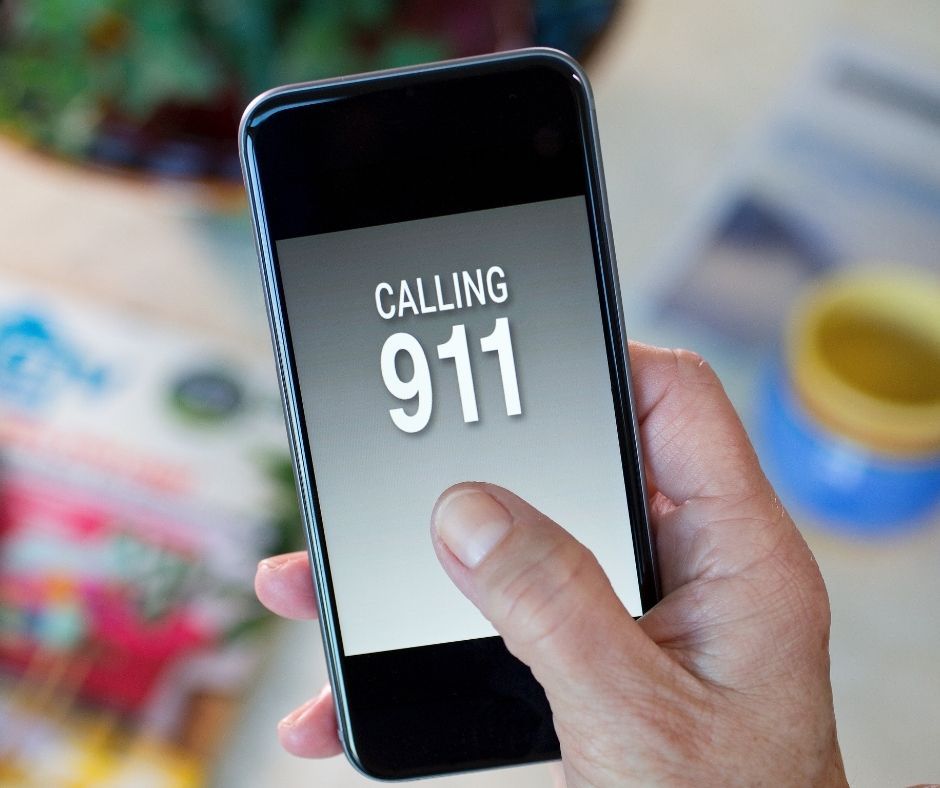 “I'm in the middle of giving DIBELS assessments to K, 1 and 2 students remotely. I was on with one of my kinders yesterday and he was reading nonsense words. They try to read them as whole words but if they aren't able to they can say the letter sounds. They were all CVC words. This particular student was not able to read whole words yet but was able to do some of the letter sounds. I asked the student, "What sound does P make?" His response was "/pppiiisssss/?" It took me everything to not burst into laughter. Typically I do ask, "What does the letter say?" but not yesterday. It was a first after 15+ years in elementary ed.”

“We were talking about ways to solve addition problems using fingers, math manipulatives, and ten frames. I am circulating while my students are working on math centers and I look over to see one of my students with both of his shoes and socks off, feet up on the table. I ask him, ‘Joe*, why did you take your shoes off?’ And I got the reply, ‘I ran out of fingers, I needed some toes! But 7+5=12’ One of my favorite strategies for solving math problems!”

“After recess one day, during quiet time when the kids are quietly listening to music and coloring with the lights off, I hear "You sat on big bob!" followed by a chorus of upset cries from my six-year-olds. Of course, a class discussion followed and I found out that my students had found an Ant on the playground at recess and had been passing him around from student to student letting it crawl on their arms. They wanted to keep him as a "class pet" until, sadly, someone sat on him. Cue the circle of life conversation, and a bit of rule-setting around leaving what's outside, outside.” 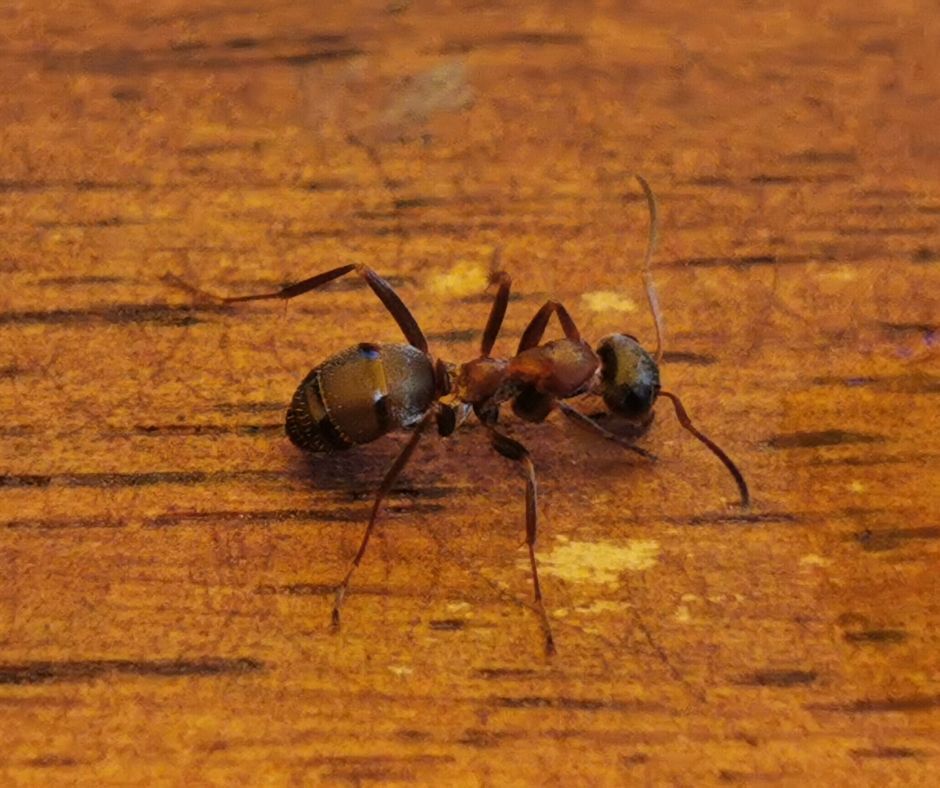 “Our School had a College Day where teachers wore their college gear and got to talk to our classes about our college experience for a little bit at the end of the time. In band class, one of my students asked ‘What's College Day Mr. Shea’ and I asked her to wait until the end of class to find out. Her friend then came up to me and asked me the same question, followed by another and another. I found out this one student told her friends to come ask me again and again just because I knew they were getting impatient and they were so excited and just being goofy. I eventually, in a joking manner, yelled to tell them to be patient and wait. But they kept going, being the goofy 5th graders on a Friday that they were. I have had these students for 3 years now. Every day they ask me the same question and it's the biggest joke for them. They even have left me several notes and messages and a whole bunch of other stuff like random pop-ins and runaways after they ask the question in laughter. I now have other students and even teachers asking me what college day is. It started spreading like wildfire and still does even in remote learning. Last year, when College day returned, our Vice Principal allowed them to make an announcement on the intercom and they asked ‘What's College Day Mr. Shea’ for the whole school. I even had the original girls from my class come up with a choreographed entrance to my room that morning. It cracks me up every time!”

“I have a fourth grader who is obsessed with stuffed animals. He asked if he could bring one in and I said, unfortunately, no because of Covid and he goes, ‘but what if it wears a mask?’ ” 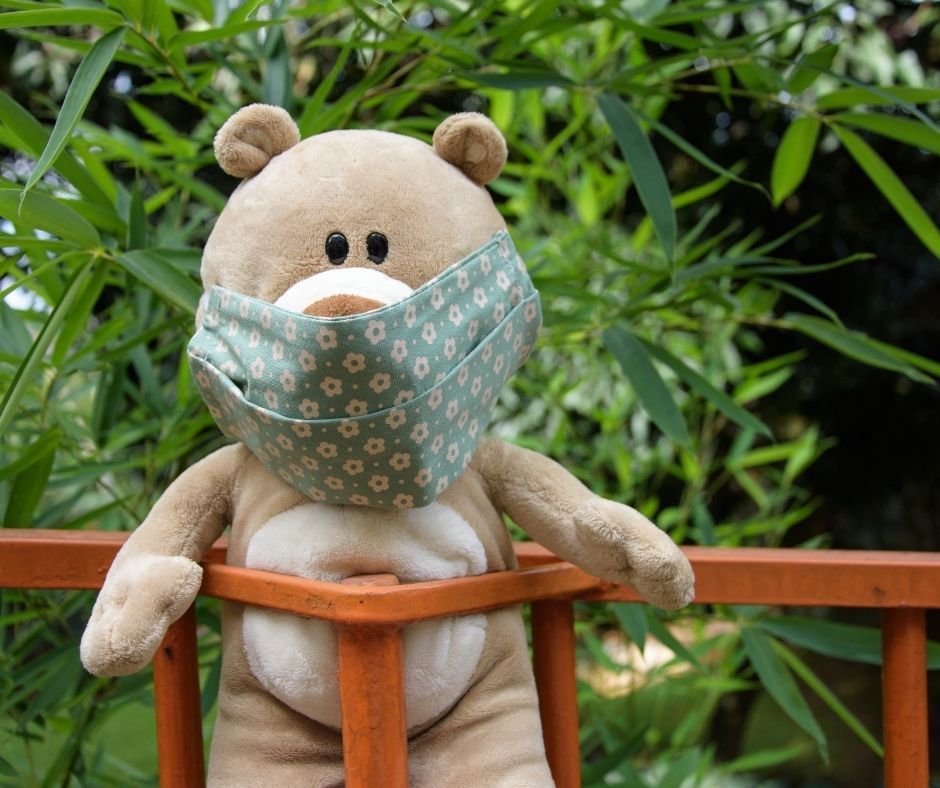 “We use Pear Deck (a Google slides add on) that makes the slides interactive. I took a picture of one of the freshmen math teachers that many students have. Made the slide so that students have to move a red dot on the answer. Titled the slide ‘pin the nose on the class clown’. This teacher is very popular and is known as a prankster so my 10th grade students that had him last year found it amusing.”

“One of my students, while in the middle of taking a timed Dibels 8 Maze assessment, stopped in the middle of the timed test and stared straight up at the ceiling. I asked him what he needed and he said, ‘I am listening to God give me all of the answers.’ “

“I told my students their safety is a priority this year. One way to be safe is to be informed. I told my students that questions they have about Covid are always welcome in the classroom and I will find an unbiased and science-based answer to them. That evening I received an email from a student asking about homework and if you could get Covid from farts.” 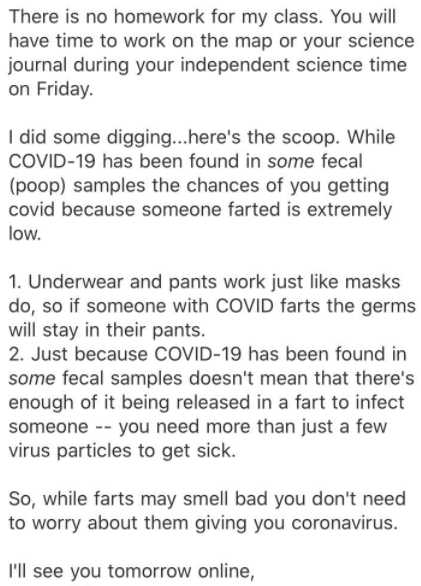 Here are the funny pictures of our air purifier... His name is Austin (per the manufacturer). I was told he has a formal event to attend on Thursdays, so he is dressed his best today. The kids have been really funny about dressing him up over the course of the week. Each day he seems to get a new accessory.” 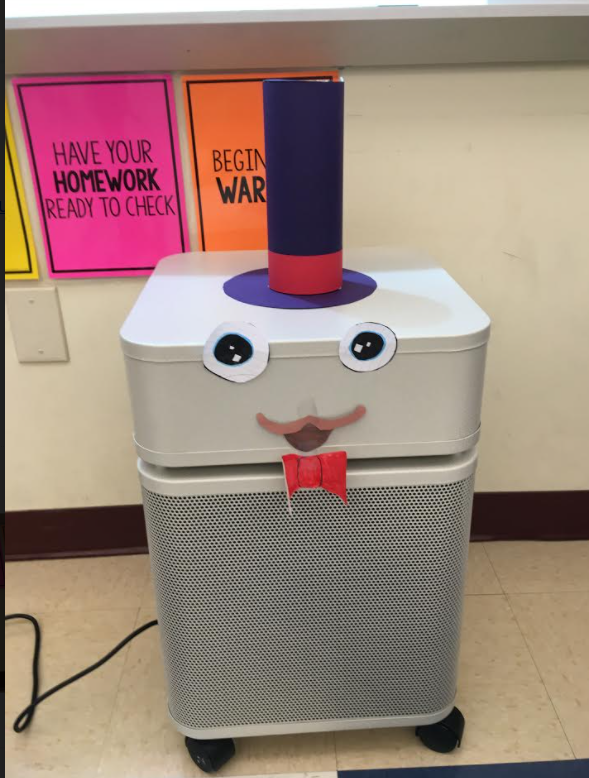