In this interview with RBT Founder, Jon Saphier, Jeff Howard, the originator of "Smart Is Something You Can Get", shares his insight into fighting the myth of the bell curve, how effective effort is the key to improvement, and how to deal with those who resist change.

Dr. Jeff Howard is the founder and President of The Efficacy Institute, Inc. He also founded J. Howard and Associates, a corporate training and consulting firm that is now part of the Novations Group. He was appointed by the Governor to the Massachusetts State Board of Elementary & Secondary Education and served from 2008-2012. Dr. Howard has more than 30 years of experience as a staff developer and consultant to school and community leaders on systemic education reform and as a consultant to corporate executives and senior managers of Fortune 500 companies. His work is based on the idea that intelligence can be developed, challenging the still prevalent notion that intelligence is fixed and immutable.

1. Full Interview: Jeff Howard: Smart is Something You Can Get

RBT Founder, Jon Saphier, interviews Jeff Howard, the originator of "Smart Is Something You Can Get", who shared his insight into fighting the myth of the bell curve, how effective effort is the key to improvement, and how to deal with those who resist change.

2. Part 1: Jeff Howard - The History of Smart is Something You Can Get

In the first part of this interview Jeff Howard recalls how he came to the belief that Smart is Something You Can Get.

In the second part of this interview Jeff Howard and Jon Saphier discuss the importance of effective effort in making any improvements.

In the third and final part of this interview, Jeff Howard shares the courage and power of addressing those who resist change.

Additional Resources Mentioned in the Interview 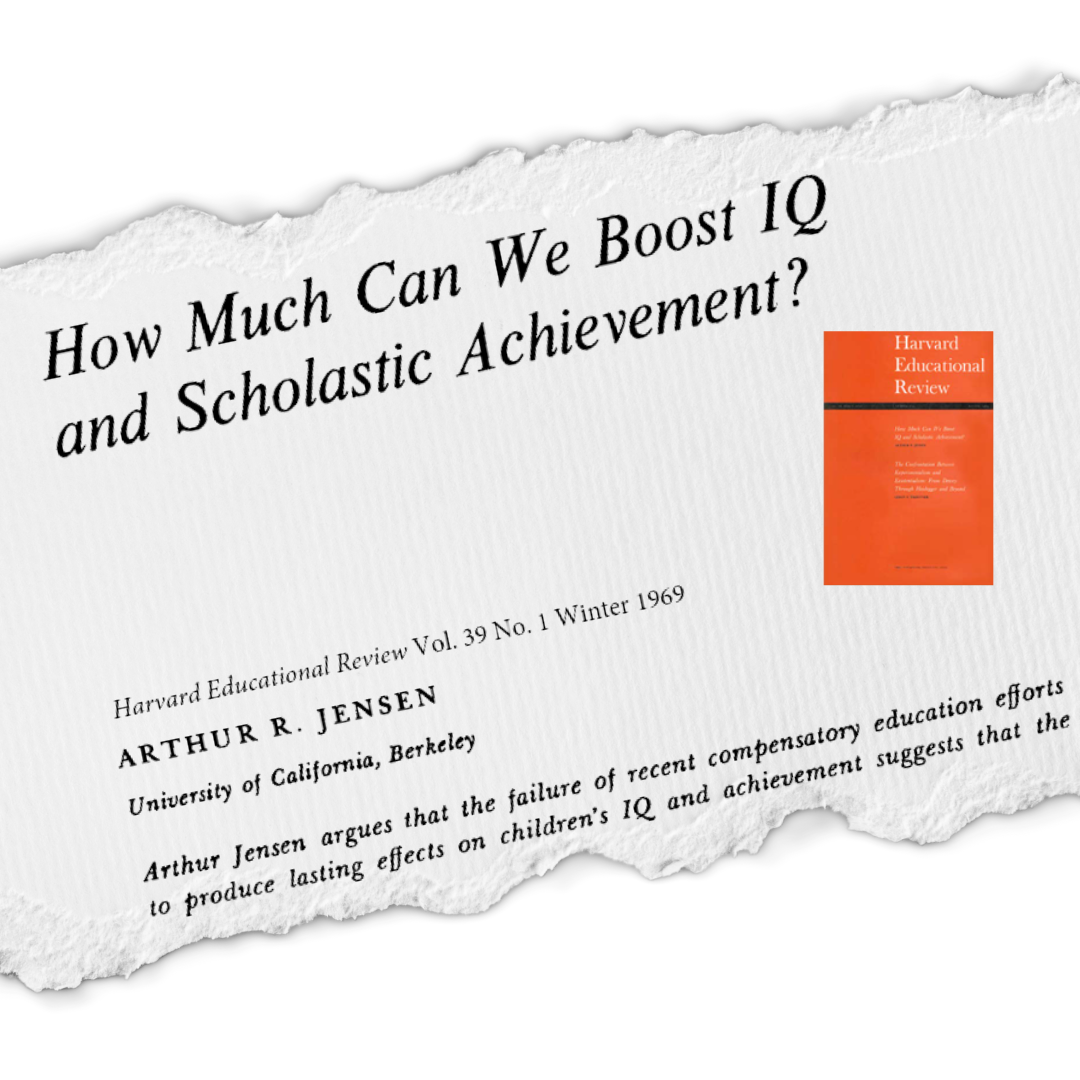 Additional Resources Mentioned in the Interview

The New York Times Magazine featured a spread on Arthur Jensen's article in The Harvard Educational Review, Vol 39 No. 1 that argued that environmental factors were not nearly as important in determining IQ as were genetic factors. Dweck and Leggett: A social-cognitive approach to motivation and personality

Introduction: Past work has documented and described major patterns of adaptive and maladaptive behavior: the mastery-oriented and the helpless patterns. In this article, we present a research-based model that accounts for these patterns in terms of underlying psychological processes. The model specifies how individuals' implicit theories orient them toward particular goals and how these goals set up the different patterns. Indeed, we show how each feature (cognitive, affective, and behavioral) of the adaptive and maladaptive patterns can be seen to follow directly from different goals. We then examine the generality of the model and use it to illuminate phenomena in a wide variety of domains. Finally, we place the model in its broadest context and examine its implications for our understanding of motivational and personality processes. The task for investigators of motivation and personality is to identify major patterns of behavior and link them to underlying psychological processes. In this article we (a) describe a research-based model that accounts for major patterns of behavior, (b) examine the generality of this model—its utility for understanding domains beyond the ones in which it was originally developed, and (c) explore the broader implications of the model for motivational and personality processes. 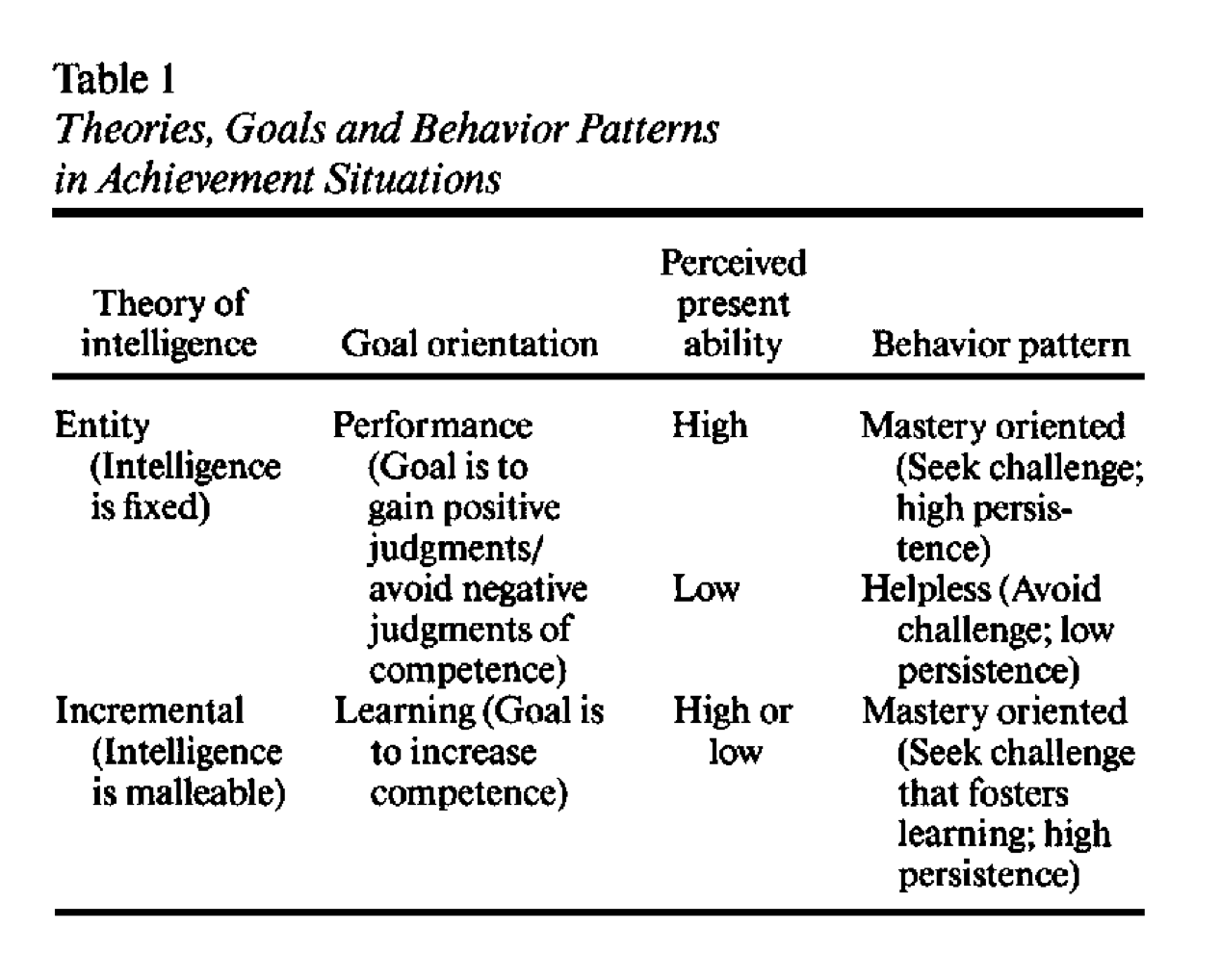